As many as eighteen passengers were reported injured last week when the MV Iyanough, a high-speed ferry on the Hyannis to Nantucket route, crashed into a rocky jetty on the approach to Hyannis. The crash occurred around 10:00 p.m. on Friday night, June 16, in what was described as bad weather and choppy seas.

The Iyanough, which holds up to 400 passengers, only had fifty-seven passengers and crew aboard at the time. That’s probably a lucky turn, since more than one-quarter of them were hurt in the unexpected crash.

Thirteen were taken to a local hospital, but none of the injuries were considered serious, and all had been released by midday on Saturday.

It’s not clear what led to the collision with the jetty. According to the ferry operator, the Woods Hole, Martha’s Vineyard and Nantucket Steamship Authority, the officers in charge of the Iyanough have a combined sixty years’ experience.

The Steamship Authority has come under criticism after the incident, not only for the crash but also for the apparent lack of concern shown by crew members toward the injured passengers.

One passenger, who was knocked unconscious for ten minutes after the crash and was airlifted off the ferry, said that he was fortunate to receive aid from a fellow passenger, who happened to be a doctor. He praised the Coast Guard for their response, but said ferry crew members did nothing to help him immediately after the accident or since.

“I’ve heard nothing from the ferry company,” he told a local television station. “They have no idea who I am. I could be dead for all they know.”

The Steamship Authority has few accidents on its record and is considered a safe operator. The Coast Guard will conduct a full investigation and issue a report when their inquiry is complete.

When you’ve been injured in an accident with any form of public transportation, you have rights. Whether an accident occurs on a bus, commuter rail line, subway train, or ferry, victims are entitled to compensation for their injuries.

Although restrictions apply (such as a time limit to file a claim) and plaintiffs must follow proper procedures, this kind of suit often succeeds, especially when the operator has been negligent.

For instance, a Green Line trolley crash in 2009 led to at least ten settlements with injured passengers, including a $1.2 million damage award to a Scituate woman.

The attorneys at Joel H. Schwartz, PC understand not only boat accident law, but also the intricacies of the law in crashes involving other forms of mass transit, such as buses and trains, as well as what’s involved when a suit involves a government agency.

Give us a call at 1-800-660-2270 or contact us online through the form below to schedule a free consultation to discuss your case. 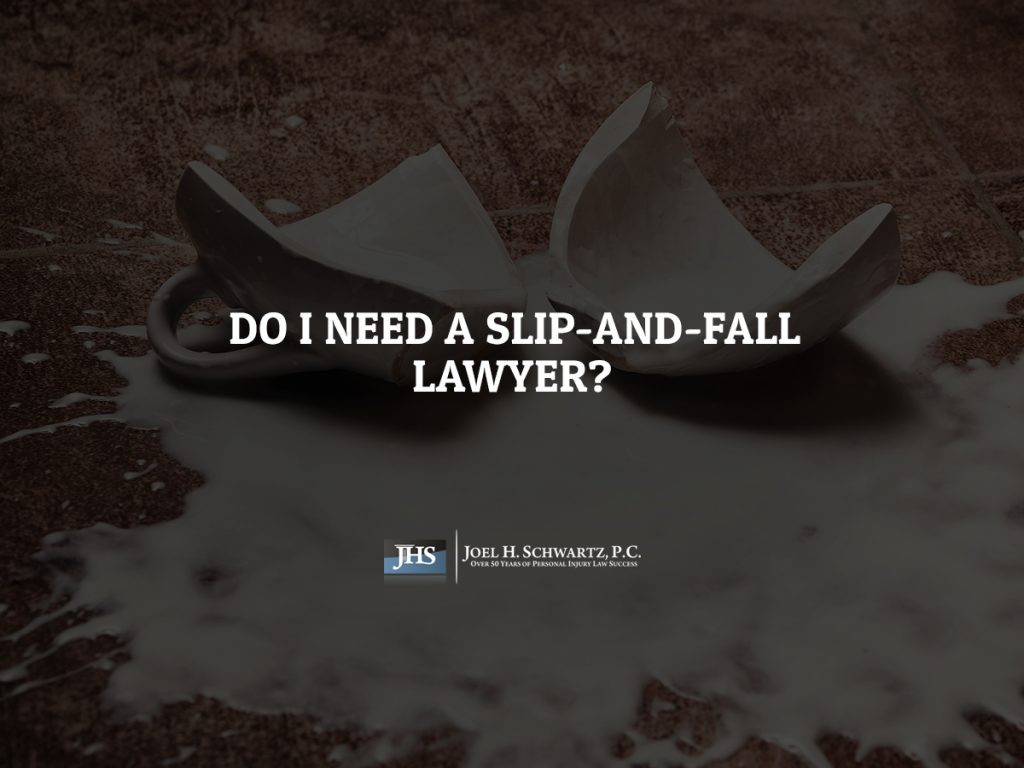 Do I Need a Slip-and-Fall Lawyer?