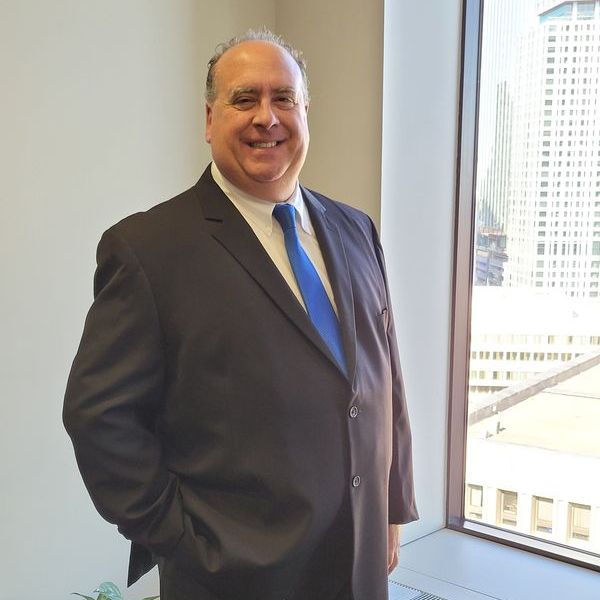 Chris has devoted his entire legal career litigating personal injury cases fighting on behalf of those everyday people injured due to the carelessness of others. He understands fully the devastating impact that a sudden injury or death has upon an injured person and his/her family and is committed to vigorously fighting for them. His practice encompasses representing those who have been the victims of accidental injury and wrongful death. Chris has over 30 years of experience advocating for people injured and killed due to: motor vehicle/motorcycle/bus/truck/pedestrian/bicycle accidents including drug and alcohol related, construction and work related accidents, drowning, burns and scalding, paintball guns, negligent security, sexual assault, fall down accidents, dog attacks and other traumatically induced accidental injuries.

Clients, past and present, routinely refer their relatives and friends injured in accidents to Chris for help. They recommend him because they have experienced first-hand his successful advocacy skills and know that he treats each client with respect and compassion. He understands the turmoil an accident imposes upon a person and his/her family’s daily life, along with all the questions, fears and uncertainties that such upheaval creates. Chris candidly addresses all his clients’ concerns every step of the way, and takes the mystery out of the legal process while advancing their legal rights.

Chris is experienced representing those injured and killed by drunk drivers. In one such tragic matter, a woman was driving home in the early evening with her teenage daughter when a drunk driver traveling at an excessive speed crossed over the center line and crashed head on into their car sadly causing the mom’s death in front of her daughter who survived. In another matter a man driving home to his family on a major highway from work late at night was hit head on by a drunk driver traveling the wrong way on the highway. That man suffered severe injuries and had to be transported by Med Flight to a Boston hospital where, although he thankfully survived, he was left with life altering injuries. These are the types of awful occurrences that happen to good people, through no fault of their own, every day. In these actual case examples, Chris secured significant recovery for the survivors from the drunk drivers. Through aggressive and thorough litigation, he was also able to identify the licensed liquor establishments where the drivers had been drinking preceding the crash, and was able to hold them accountable to secure financial recovery from them as well.

People are also frequently injured in the course of performing their everyday work duties. In another real case example, while a heavy equipment mechanic was still working under a truck, the operator started it while in gear, the tires rotated, and the truck lurched off its jacks onto the mechanic, causing massive injuries. Chris represented the injured worker and recovered for his injuries, pain and suffering, lost wages and lost future earning capacity. Under the law, the injured worker’s spouse and their two minor children were also entitled to a financial recovery for the losses they sustained. Chris was successful in advancing claims for loss of consortium for the worker’s wife and loss of parental society claims for the children.

Chris has also been admitted Pro Hac Vice by the presiding Judge in Laredo, Texas in the jury trial of a Wrongful Death action stemming from a horrific motor vehicle crash that claimed the life of a divorced father of two young children who was killed when the car he was driving collided with a tractor trailer. He represented the two minor children of the deceased in that lengthy trial which revealed evidence of the truck operator’s inadequate training and also identified relevant maintenance issues with the truck itself. Cognizant of the incredible emotional impact this loss had upon the decedent’s surviving children, Chris kept their mom informed every step of the way, spent considerable time with the kids including preparing them to ensure their trial appearance and testimony would be as painless as possible. Although no dollar amount may ever replace a parent, the economic recovery secured in the case helped relieve the financial burdens of life and college in the aftermath of losing a parent.

Chris started his career at a Boston firm concentrating in plaintiff’s personal injury where through his tenacious efforts in helping secure justice on behalf of his injured clients, he knew for certain that he had found his calling in life. He rose through the ranks there achieving the status of Managing Attorney. Seeking even greater challenges, he next represented injured folks at another plaintiff’s personal injury firm in Newton where his efforts and talents secured the largest, actual financial recovery for a client in that firm’s 23 year history. Chris also ran his own private practice for several years.

Chris earned his Juris Doctorate in 1988 from New England School of Law and his Bachelor of Science in Government in 1985 from Suffolk University. He is admitted to the Bar of Massachusetts as a licensed attorney and is also licensed to practice before the Federal Court in Massachusetts. During his career, Chris has held memberships in the Massachusetts Academy of Trial Attorneys, Massachusetts Bar Association, American Association for Justice, American Bar Association and Boston Bar Association. Chris, his wife and children make their home in Quincy where he serves on the board of the Finance Council at Divine Mercy Parish, as he has since 2009.

Download a Free Copy of
Fighting for Justice
Featured Author: Steven A. Schwartz

Or Email Us to Request a Free Hard Copy

“I’ll thank Attorney Ivker again for referring you, and I will do the same if ever I hear of anyone needing a GOOD lawyer. Take care, and thank you again so much.”

“What a pleasure it has been working with you on my accident case. As you know, being in a serious accident is not easy. But you helped me every step of the way, and your guidance, support, and expertise truly helped me through this ordeal. The settlement you got for me was more than I could ha(...)

“Thank you for everything you did regarding my slip and fall incident. The team of professionals on my case were a pleasure to work with. My questions were always answered, phone calls were always returned promptly, and the eventual outcome was extremely satisfying. Please make sure to thank ev(...)