COVID-19 UPDATE: We are open for business. 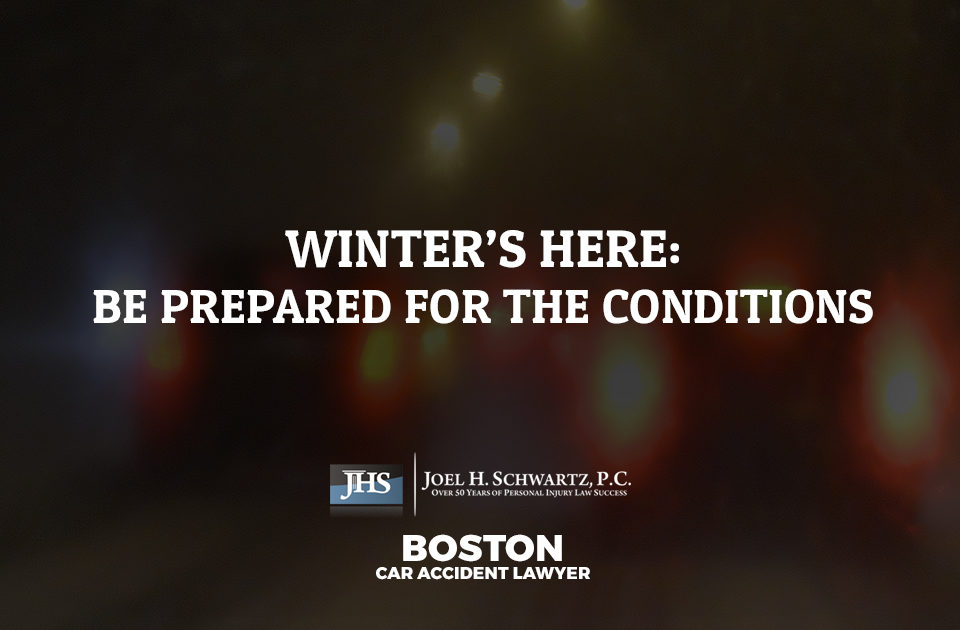 Winter’s Here: Be Prepared for the Conditions

Eastern Mass has seen its first couple of snowfalls this season, and while there haven’t yet been any big storms, it’s likely that this winter will bring a few. Boston sees about twenty-two days with snowfall in an average winter, and, in the last fifteen years, we’ve only had one winter without at least one storm […]
Do you like it?0
Read more
Categories

The driver behind the wheel when a car crashed into a pizza restaurant in Newton, killing two and injuring seven, may soon face a sentence. After a series of delays that have dragged the case out for well over a year and a half, a judge this month rejected requests from both the prosecution and the […]
Do you like it?0
Read more 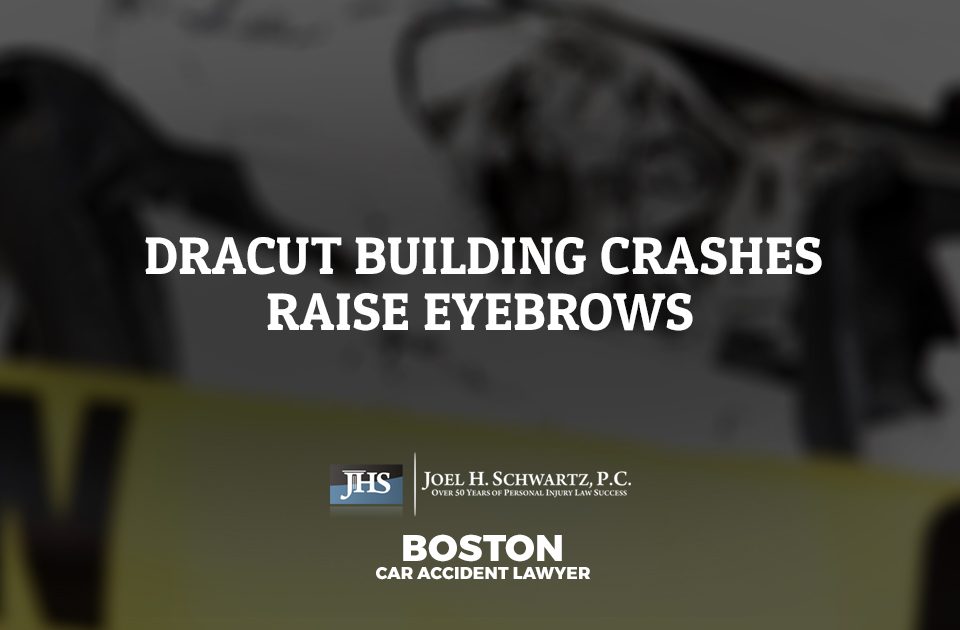 One vehicle crashing into a building might be viewed as a misfortune. Two vehicles crashing into buildings in the same town—in just over a week—begins to look like carelessness. The residents of Dracut, nestled between the Merrimack River and the New Hampshire border north of Lowell, might be wondering why such misfortune has visited their normally […]
Do you like it?0
Read more 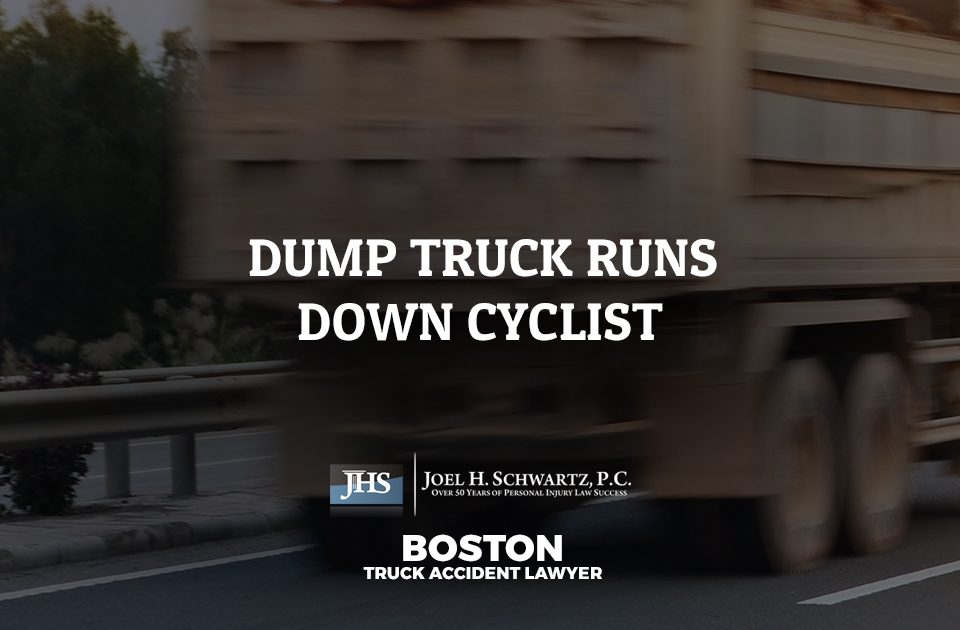 A nineteen-year-old Dorchester man was killed earlier this month when he was struck by a large construction vehicle while on his bicycle. Exactly what happened isn’t clear from the reports, but the incident on East Cottage Street in Dorchester left the victim dead, and news photos showed the crumpled bike. It’s not apparent where fault lies, […]
Do you like it?0
Read more 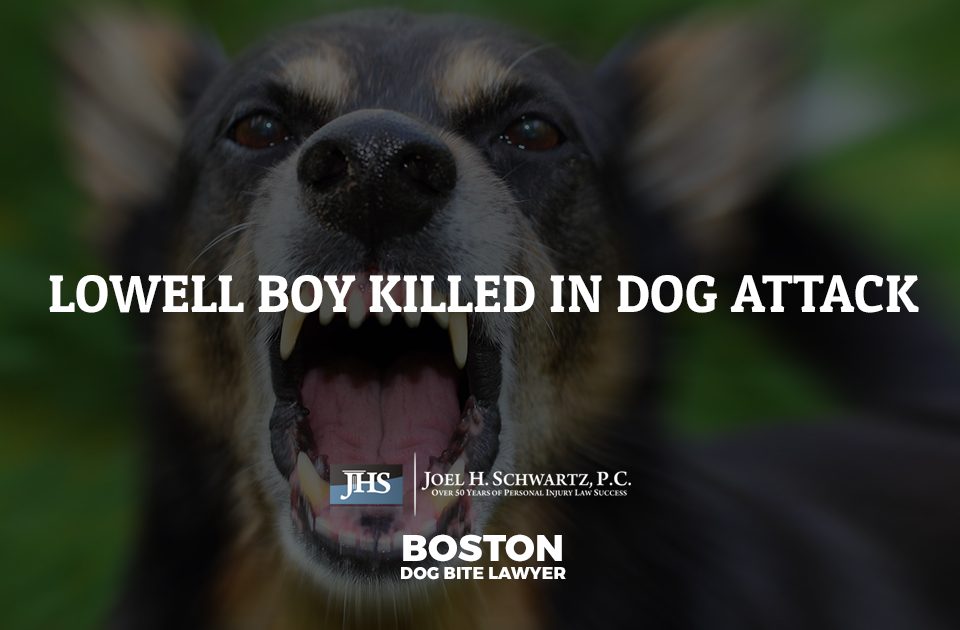 A seven-year-old Lowell child died tragically last week when a pair of neighborhood pit bulls attacked and mauled him. Accounts of what happened vary, but early on the evening of Saturday, October 21, the boy somehow wound up inside a fenced yard where the pair of dogs was kept, according to Lowell police. Yelling and screaming […]
Do you like it?0
Read more
Categories

Our attorneys have once again been recognized for the phenomenal service they provide to clients! We are thrilled to announce that Attorney Timothy Pope has repeated last year’s honors by making this year’s list of Super Lawyers for his dedication to Social Security Disability law! Tim will also be speaking at the International Association of Rehabilitation […]
Do you like it?0
Read more 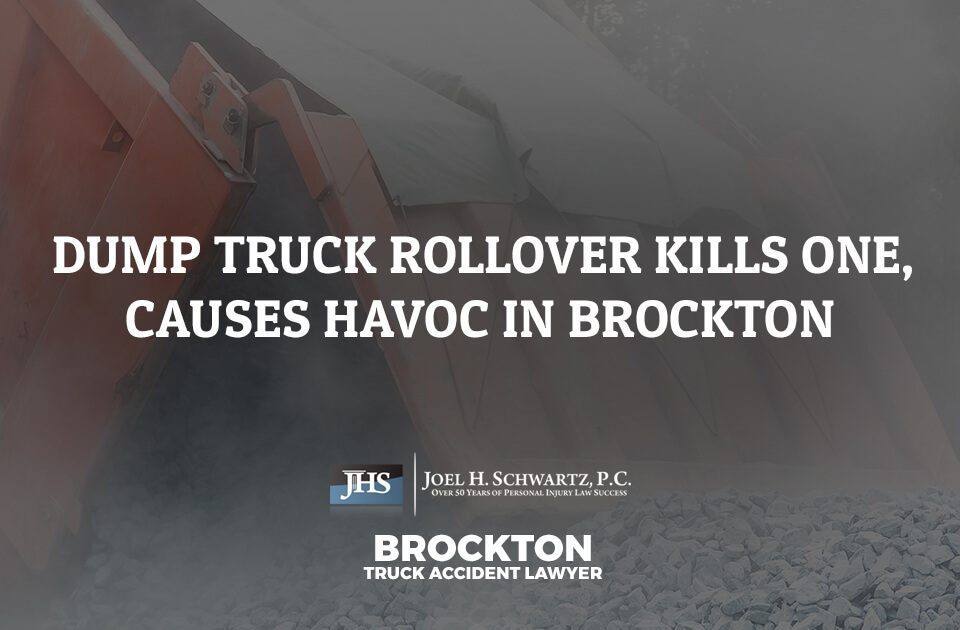 The sad details behind a dump truck crash in Brockton that killed one woman and sent two other people to the hospital have led to the arrest of a driver on motor vehicle homicide charges. The October 3 crash includes a laundry list of dangerous behaviors and bad decisions and should serve as a cautionary tale […]
Do you like it?0
Read more 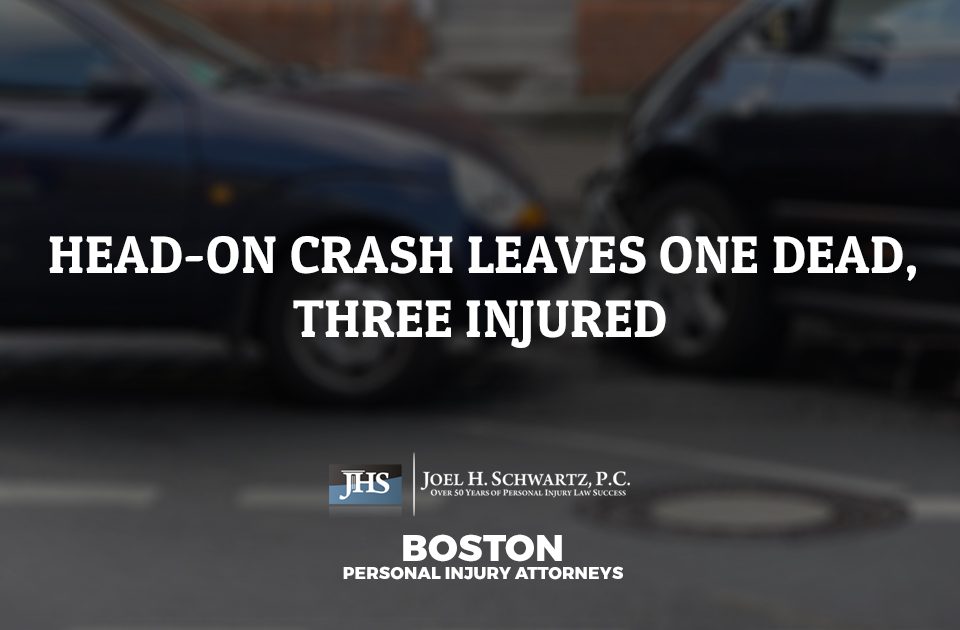 A recent crash in the Saxonville section of Framingham caused the death of one driver and sent all the occupants of a second vehicle to the hospital. The crash, which took place early on the evening of September 21, shut down Water Street for some time while Framingham Police investigated and cleared the scene. The driver […]
Do you like it?0
Read more
Categories

The National Highway Traffic Safety Administration (NHTSA) recently announced that it will be taking a more thorough look at Ford Explorer SUVs to determine whether there’s a defect or design flaw that’s putting vehicle occupants at risk. The “engineering analysis”—an escalation of a preliminary analysis that began in July of 2016—will focus on possible leakage of […]
Do you like it?0
Read more
Categories

This holiday weekend marks the end of a dangerous period for teen drivers. According to AAA, Memorial Day in May and Labor Day in September bookend the highest-risk time all year for crashes involving teen drivers. These 100 days are nothing to celebrate, and we can only hope that when the numbers are in for 2017 […]
Do you like it?0
Read more
Categories

Driver Turns Self in After Fatal Quincy Crash

The driver responsible for a crash in Quincy turned himself in more than a week later and was ordered held on $100,000 bail after being charged with several serious offenses, including motor vehicle homicide and leaving the scene. The crash, on Palmer Street around 12:30 a.m. on August 7, left an eighteen-year-old passenger dead and a […]
Do you like it?0
Read more
Categories

Three people were seriously injured last month when a golf cart drove onto a local road and collided with a motorcycle. First responders and others who viewed the scene described a flaming, melted wreck, and photos from the scene show both vehicles destroyed, with the golf cart reduced to little more than its frame. All the […]
Do you like it?0
Read more
Categories

Bike accidents are all too common in today’s day and age. With more and more people riding bikes it is safe to say that this trend will continue to grow. Even if you are as careful as possible on your bike, you are not 100 percent safe. When sharing the road with cars, accidents do occur. […]
Do you like it?0
Read more
Categories

Do I have a Personal Injury Claim?

Most people think that an injury as a result of an accident always leads to a personal injury claim. But this is not always true. The person who has been injured must prove that somebody else caused their injury. As you know, this can be difficult to do – especially if you are recovering. Unfortunately, the […]
Do you like it?0
Read more
Categories

3 Things a Personal Injury Attorney can do for you

After an accident in which you are injured it makes good sense to contact a personal injury attorney. It is better to have professional help on your side than to be stuck doing everything on your own. 1. Do I have a case? If you are unsure of whether or not you have a personal injury […]
Do you like it?0
Read more
Categories

If you ever become injured on the job, many questions will come to mind. Who will pay for my medical treatment? Will my employer continue to pay me even though I am unable to work? Is my job safe if I can eventually return to work? Above all else, realize that your health is most important. […]
Do you like it?0
Read more
Prev page
12345678
Next page